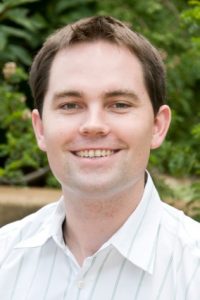 Grant Bybee is lecturer in geochemistry and petrology in the School of Geosciences at the University of the Witwatersrand. Prior to this appointment, Grant was a Predoctoral Fellow at the Department of Terrestrial Magnetism at the Carnegie Institution of Washington (2011-2012) and an Associate Lecturer at Wits University. Grant’s Ph.D., from Wits University, focused on using isotope geochemistry in understanding the petrogenesis of enigmatic Proterozoic massif-type anorthosites. His broader research makes use of various components of the geochemical toolbox, particularly radiogenic and stable isotopes, to understand aspects of solid Earth processes and evolution. Grant continues to work on Proterozoic anorthosites, with particular emphasis on understanding the temporal restriction of these bodies and the implications for crustal formation and evolution during the Proterozoic Eon. In addition, he is working on the petrogenesis of Alaskan-Uralian intrusions and applications of isotope geochemistry in understanding human disease. As part of CIMERA, Grant will focus on using petrology and a range of geochemical tools to assess the origin of layering in the Bushveld Complex and implications thereof for mineralization and exploration, as well as investigating the tectonic setting in which this intrusive, large igneous province formed.