On the 1st June 2016, the laser ablation multi-collector ICPMS laboratory at the University of Johannesburg was officially opened, in the presence of representatives of various universities, government institutions and companies. The NRF-NEP-funded Nu Plasma MC-ICPMS with ASI Resonetics ArF Excimer laser is already proving to be a powerful tool for a range of analyses.

Zircons from Antarctic rock samples have been dated in order to constrain tectonomagmatic events associated with the formation of Gondwana, while their Hf isotope composition sheds light on the crustal structure of the arc where magmatism took place. Another application is the laser ablation Sr isotope analysis of plagioclase from Bushveld drillcore, used to address the question whether the different lobes of the Complex are closely related to each other. As with any piece of state-of-the-art analytical equipment, there had been the expected teething problems, which seemed to have been overcome now.

The official opening was the sign that the lab is ‘open for business’, with requests for its use already coming in from various users, including overseas universities. At the moment, the lab is mainly focusing on laser ablation analyses, as solution analyses can only be performed after purification of the element of interest in a clean lab environment.

This lab is being built at the University of the WItwatersrand right now, and will hopefully become operational in August. This endeavor is indicative for the closer collaboration between UJ and Wits, as also shown by their association within the DST-NRF CIMERA Centre of Excellence, which has played an important role in the establishment of the UJ isotope facility. In tandem with the opening of the lab, a workshop for more than 30 participants has been run, where the theory behind the instrument was covered as well as its applications. The afternoon session saw a hands-on demonstration of the equipment and the associated computer programs that run it. Anyone who is interested in doing isotope analysis by MC-ICPMS, or wants more information, can contact Marlina Elburg (marlinae@uj.ac.za) or Jan Kramers (jkramers@uj.ac.za) to find out what the requirements are. 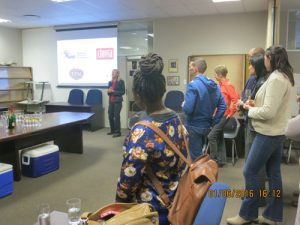 Professor Marlina Elburg addressing the guests at the launch 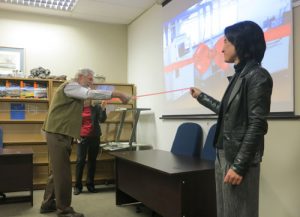 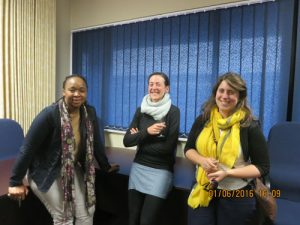 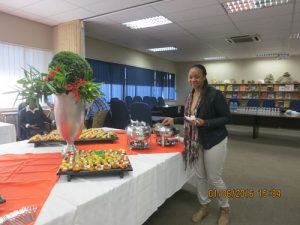 Ms Viwe Koti checking that the catering is in order before the launch.